The PD GENEration study is halfway to its goal of providing free genetic testing and counseling to 15,000 people with Parkinson’s disease, with 7,500 patients included in the effort to date. “Ensuring that the entire Parkinson’s community — including the 90,000 individuals expected to receive a PD [Parkinson’s disease] diagnosis this year — has access […] The post 7,500 Patients Given Genetic Testing, Counseling via PD GENEration appeared first on Parkinson's News Today.

Exergame-based Program Shown to Be Feasible for Parkinson’s Rehab

A cognitive-motor training program featuring a video game platform that promotes exercise is feasible for people with Parkinson’s disease to use, a new study demonstrates. Patients using the program along with standard rehabilitation showed comparable and greater motor and cognitive improvements relative to those on standard rehabilitation alone. These preliminary results support further large-scale testing to […] The post Exergame-based Program Shown to Be Feasible for Parkinson’s Rehab appeared first on Parkinson's News Today.

‘Get Busy Living, or Get Busy Dying’: Our Mantra in Life With Parkinson’s

“I guess it comes down to a simple choice, really. Get busy living, or get busy dying.” This famous quote is from one of the all-time greatest movies, “The Shawshank Redemption.” Andy (the main character, played by Tim Robbins) lives by this mantra to keep him going after being wrongfully convicted of murder and imprisoned. […] The post ‘Get Busy Living, or Get Busy Dying’: Our Mantra in Life With Parkinson’s appeared first on Parkinson's News Today.

Treatment with stem cells engineered to produce a signaling protein called VEGF — which drives the growth of blood vessels — was found to lead to pain relief in a mouse model of Parkinson’s disease. Researchers say engineering stem cells for use in transplant “may potentiate the therapeutic efficacy” of these cells to aid in […] The post Engineered Stem Cells Found to Ease Pain in Parkinson’s Mouse Model appeared first on Parkinson's News Today.

Taking part in a community-based exercise program appears to help relieve the motor symptoms of Parkinson’s disease, a review study suggests. Researchers also observed that older people and those engaging in these programs for longer periods may get the most benefit. The review study, “Effects and parameters of community-based exercise on motor symptoms in Parkinson’s disease: […] The post Community Exercise May Help to Ease Parkinson’s Motor Symptoms appeared first on Parkinson's News Today.

People with REM sleep behavior disorder (RBD) — an early nonmotor symptom of Parkinson’s disease — were significantly more likely than others to wrongly think their sense of smell was normal when olfactory deficits were evident, a small study found. Parkinson’s patients with RBD also had a diminished sense of smell relative to healthy people […] The post Sense of Smell Declines With REM Sleep Disorder, But Patients Unaware appeared first on Parkinson's News Today.

"Thank you for such in-depth descriptions & explanations of the topics. I probably won’t remember the difficult names of meds mentioned, but I will remember that there are meds for Hallucinations, & other side effects. It was very informative. Blessings"

"The breakout rooms are helpful. The sponsor videos were a bit choppy. The webinar was very enjoyable and educational. Kudos to the MDFA."

"5 stars for both speakers! Information relevant to me and my desire to become more well-informed regarding disease."

"This was really a very very good webinar. Kudos to the organizers. The breakout rooms were much better this time. I am looking forward to the next webinar."

"Outstanding webinar. The Q & A portion is really informative and engaging."

"The webinars are very insightful. Thank you for making it available."

"Very good seminar. Learned a lot. Looking forward to the next one."

"It was fantastic and I was very grateful. The two doctors were really really wonderful"

This webinar will discuss the various urinary symptoms that patients with Parkinson's disease or parkinsonism experience including frequency of urination, irritable bladder, urgency of urination, urination at night, urinary tract infections, etc.

Living with Parkinson’s does not put you at a higher risk of contracting COVID-19, but it does make it harder for you to recover if you contract it. Also, we know that without the vaccine, if you are hospitalized and you have Parkinson’s disease, there is an elevated risk of complications and potentially death.

Parkinsonism and other Parkinsonian Syndromes

Parkinsonism is any condition that causes a combination of the movement abnormalities seen in Parkinson's disease — such as tremor, slow movement, impaired speech or muscle stiffness — especially resulting from the loss of dopamine-containing nerve cells (neurons).

Essential tremor is a nervous system (neurological) disorder that causes involuntary and rhythmic shaking. It can affect almost any part of your body, but the trembling occurs most often in your hands — especially when you do simple tasks, such as drinking from a glass or tying shoelaces.

Dystonia is a movement disorder in which your muscles contract involuntarily, causing repetitive or twisting movements.

The condition can affect one part of your body (focal dystonia), two or more adjacent parts (segmental dystonia) or all parts of your body (general dystonia). The muscle spasms can range from mild to severe. They may be painful, and they can interfere with your performance of day-to-day tasks.

There's no cure for dystonia. But medications can improve symptoms. Surgery is sometimes used to disable or regulate nerves or certain brain regions in people with severe dystonia.

Deep brain stimulation (DBS) is a neurosurgical procedure involving the placement of a medical device called a neurostimulator, which sends electrical impulses, through implanted electrodes, to specific targets in the brain (the brain nucleus) for the treatment of movement disorders, including Parkinson's disease, essential tremor, dystonia, and other conditions such as obsessive-compulsive disorder (OCD) and epilepsy. While its underlying principles and mechanisms are not fully understood, DBS directly changes brain activity in a controlled manner.

Tourette Syndrome (TS) is a condition of the nervous system. TS causes people to have “tics”.

Tics are sudden twitches, movements, or sounds that people do repeatedly. People who have tics cannot stop their body from doing these things. For example, a person might keep blinking over and over. Or, a person might make a grunting sound unwillingly.

Having tics is a little bit like having hiccups. Even though you might not want to hiccup, your body does it anyway. Sometimes people can stop themselves from doing a certain tic for a while, but it’s hard. Eventually the person has to do the tic.

Botox injections use a toxin called onobotulinumtoxinA to temporarily prevent a muscle from moving. This toxin is produced by the microbe that causes botulism, a type of food poisoning.

Ataxia describes a lack of muscle control or coordination of voluntary movements, such as walking or picking up objects. A sign of an underlying condition, ataxia can affect various movements and create difficulties with speech, eye movement and swallowing.

Persistent ataxia usually results from damage to the part of your brain that controls muscle coordination (cerebellum). Many conditions can cause ataxia, including alcohol misuse, certain medication, stroke, tumor, cerebral palsy, brain degeneration and multiple sclerosis. Inherited defective genes also can cause the condition.

Treatment for ataxia depends on the cause. Adaptive devices, such as walkers or canes, might help you maintain your independence. Physical therapy, occupational therapy, speech therapy and regular aerobic exercise also might help.

Restless legs syndrome (RLS) is a condition that causes an uncontrollable urge to move your legs, usually because of an uncomfortable sensation. It typically happens in the evening or nighttime hours when you're sitting or lying down. Moving eases the unpleasant feeling temporarily.

RLS, also known as Willis-Ekbom disease, can begin at any age and generally worsens as you age. It can disrupt sleep, which interferes with daily activities.

Periodic limb movement disorder (PLMD) is a condition in which a person's legs, and sometimes arms, move repetitively and uncontrollably while he or she is asleep. These episodes of limb movement can disrupt the person's sleep, causing insomnia or daytime sleepiness. Periodic limb movement symptoms are only thought to be a disorder (PLMD) when insomnia or daytime sleepiness cannot be explained by any other problem, such as restless legs syndrome. Recently, it has been found that these movements are often linked to subtle breathing problems.

Myoclonus refers to a quick, involuntary muscle jerk. Hiccups are a form of myoclonus, as are the sudden jerks, or "sleep starts," you may feel just before falling asleep. These forms of myoclonus occur in healthy people and rarely present a problem.

Other forms of myoclonus may occur because of a nervous system (neurological) disorder, such as epilepsy, a metabolic condition, or a reaction to a medication.

Ideally, treating the underlying cause will help control your myoclonus symptoms. If the cause of myoclonus is unknown or can't be specifically treated, then treatment focuses on reducing the effects of myoclonus on your quality of life.

Chorea is a movement disorder that causes involuntary, irregular, unpredictable muscle movements. The disorder can make you look like you’re dancing (the word chorea comes from the Greek word for “dance”) or look restless or fidgety.

Chorea is a movement problem that occurs in many different diseases and conditions. Chorea itself isn’t life-threatening, but it could be a sign of a neurological disease such as Huntington’s disease. Doctors can prescribe medication to control the abnormal muscle movements. Depending on the underlying cause, chorea may be temporary or be ongoing and get worse over time.

At least two other movements related to chorea are seen in neurological diseases.

Ballism usually involves more intense movements such as wild flinging of one arm or leg. Usually the movements only affect one side of the body (hemiballism).

Help support MDFA’s mission to enrich the lives of those with movement disorders through research, education and community.

If you are interested in sponsoring or exhibiting at any of our upcoming educational seminars, you may click the button to donate.

Supporting your charity is easy 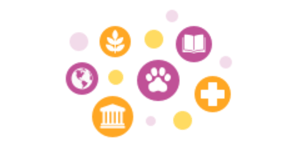 Over one million local and national charitable organizations. 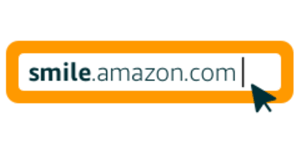 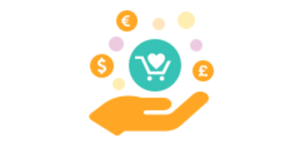 AmazonSmile donates to our charity

Amazon will donate 0.5% of the price of your eligible purchases.